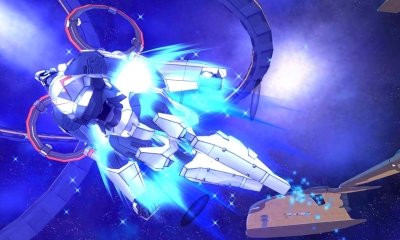 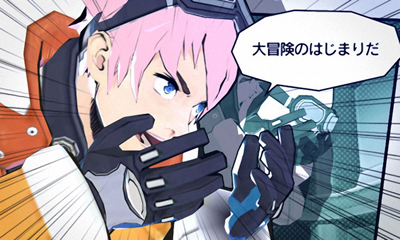 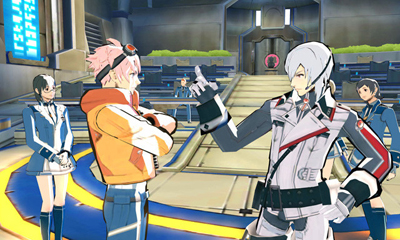 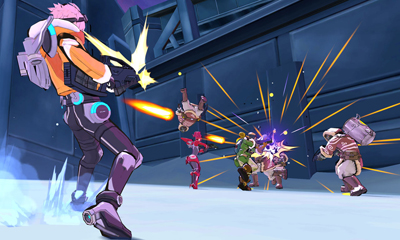 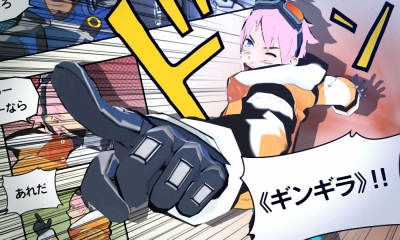 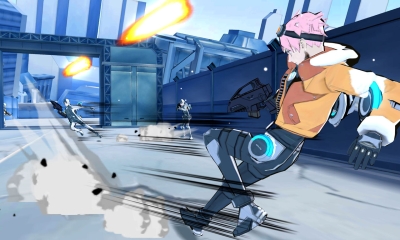 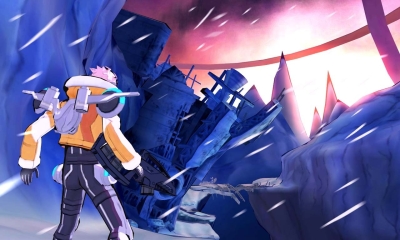 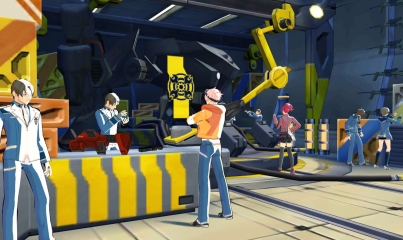 Bren leaves his home town and makes its way to EDN-3rd. Upon arrival, though, his transport ship is attacked by a mysterious group of Vital Suits.

Bren and his instructor, Walter, take control of the Gingira VS and face off against the attackers. Although emerging victorious, Bren and crew are forced into the EDN-3rd atmosphere. Bren and Walter escape in an escape pod and land on the EDN-3rd surface.

A girl who was born on EDN-3rd. In addition to being a snow pirate, she also has genius linguistic skills. She also gives her all during battle.

He not only pilots a Vital Suit, but is also a leader of his organization. He always attains high rank on missions, and is particularly confident with his firing ability. He considers main character Bren a rival. 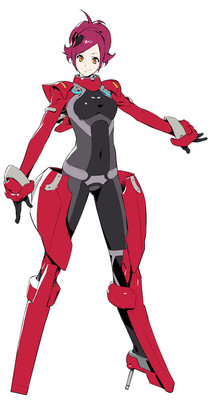 The groups mood maker, but she's extremely cool to things she doesn't express interest in. She's a mechanic who has abundant knowledge and a love of Vitality Suits.

He joined the EDN-3rd forces before Bren and is his superior. He's usually calm and quiet, but when it comes to something that he knows about, like his special knowledge of EDN-3rd, he'll talk up a storm. A few new details were revealed during a the game's Capcom Summer Jam stage event. Outside of the voice cast (this site's strict anti voice actor policy prevents us from providing the details, but Japanese readers will find it at Famitsu.com), the biggest news is that the Dai Sato is working on the game's scenario. Sato did the script for Stand Alone Complex and Eureka Seven, and more recently Halo Legends and Tekken Blood Vengeance.

The stage event also included a live play session from director Yasuhiro Anpo. According to Famitsu.com's writeup, Anpo gave players a tour around their home base "Academy" on EDN-3rd, showing a cafe, a development lab where the Vital Suits and weapons are made, and other facilities. You can apparently eat at the cafe to gain bonuses for your next mission.

Anpo also demonstrated one of the game's story missions and revealed that the game will have co-op multiplayer. Based off Anpo's comments, we can expect at the very least three player co-op. This isn't an official figure, though, so we'll have to wait for official announcement from Capcom.

Other revelations from the stage event included the announcement of an e-Capcom exclusive limited edition which features a figure of heroine TeeKee, and the debut of a promotional animation movie from animation studio Satelight. This animation movie will be included with Sengoku Basara HD Collection, an HD remaster of the Sengoku Basara series that sees PS3 release on August 30.

There's a lot of interesting news regarding the people working on the game. The director is Yasuhiro Anpo (RE5 director), the script and scenario is being written by Dai Sato (anime dude, Tekken CG movie) and Tomoyuki Hosokawa (Lost Planet series lead designer), while the art director is Takahiro Kawano (Lost Planet series art director). The theme song is "Mr.Super Future Star" performed by May'n (Macross Frontier), and there is an animated promotional video which will be included with the Sengoku Basara HD Collection, animated by Satelight (Macross Frontier).
Dai Sato (GITS SAC, Cowboy Bebop...) was also in charge of the Resident Evil Revelation script, with his company Storyrider. 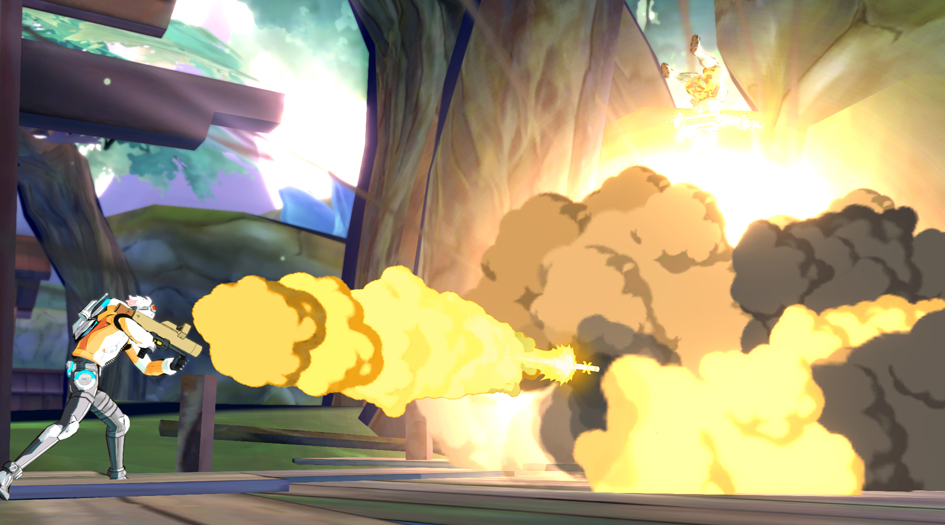 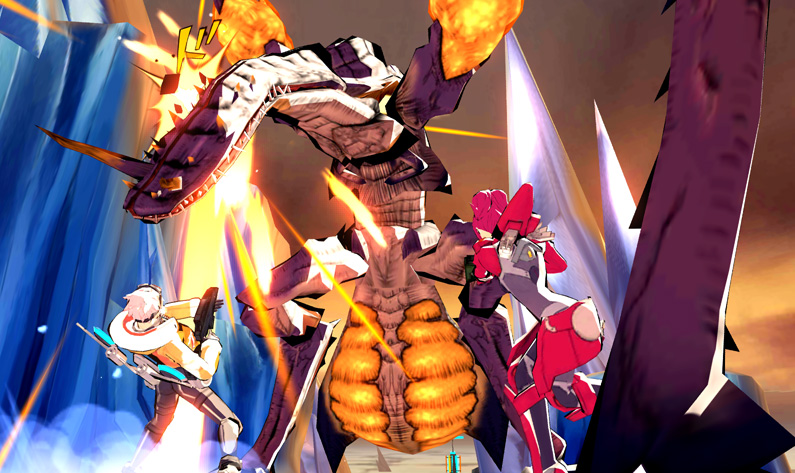 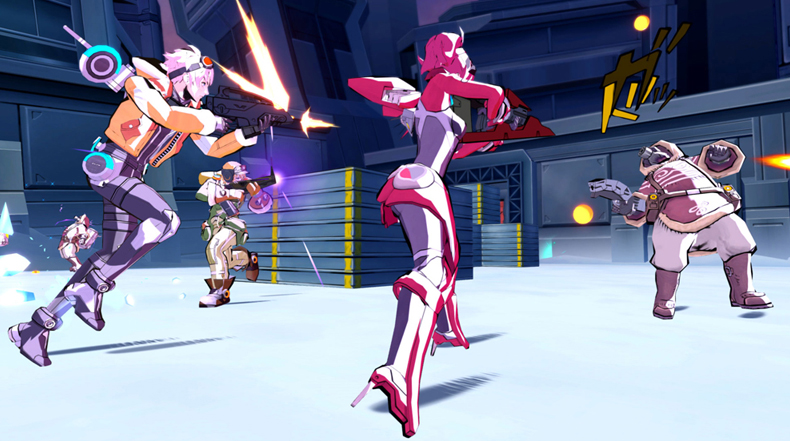 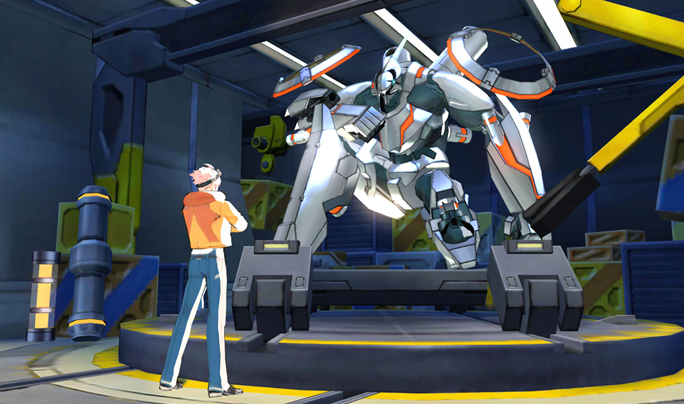 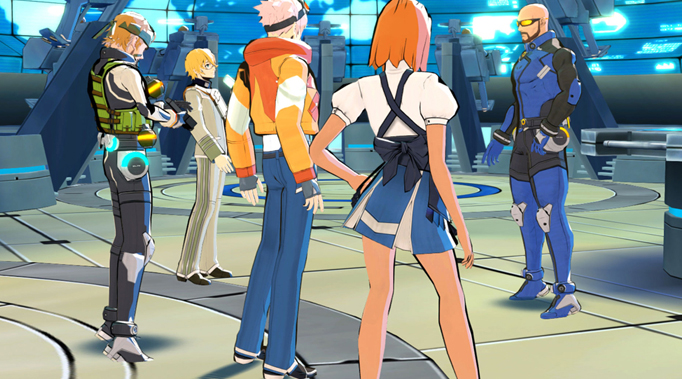 In Capcom's Lost PLanet offshoot EX Troopers, you'll be able to make use of a training system called "VR Missions." Attendees of the academy use VR Missions to train in simulations that resemble real battle.

VR Missions come in a variety of forms, including cooperative battles with AK creatures, and versus battles with your fellow students. In addition to playing with CPU partners and foes, you can play with other players. On PS3, this is done through internet play. On 3DS, the multiplayer is local.

Capcom released a lengthy new trailer for EX Troopers today. The trailer introduces us to the characters, then shows the player running around his home base collecting information and purchasing equipment. The second half of the trailer is all action, showing the player blasting away through missions in co-op and solo play.
http://www.youtube.com/watch?v=c0xdgDatRbM